– The ability of man is the enigma of man, this for good and evil!


“For Ever Four Seasons" is a musical, choreographic and existentialist work which insists on slowness, as an act of resistance against our rapidly accelerating world.

At one and the same time, Jon R. Skulberg and Convoi Exceptionnel want to give the audience a sensuous experience, which both pleases and disturbs while posing the fundamental question: What is the role of mankind in the Anthropocene era? The first dancer, Kenzo Kusuda, has freed himself of the patterns of human motion to create the basic form of "nature". The second dancer, Marianna Kavallieratos, is a figure wandering in a probable and violent vision of the future - in an impossible attempt to build a relationship with the outside world and a "nature" which no longer bears any resemblance to itself.

The two dancer's conditions and emotional states are anchored to the newly composed works by the cello duo Soma & Lil and composer and sound artist Kristian Hverring. Jon R. Skulberg's staging, scenography and light invite the audience to a series of images of presence in slow but constant change. 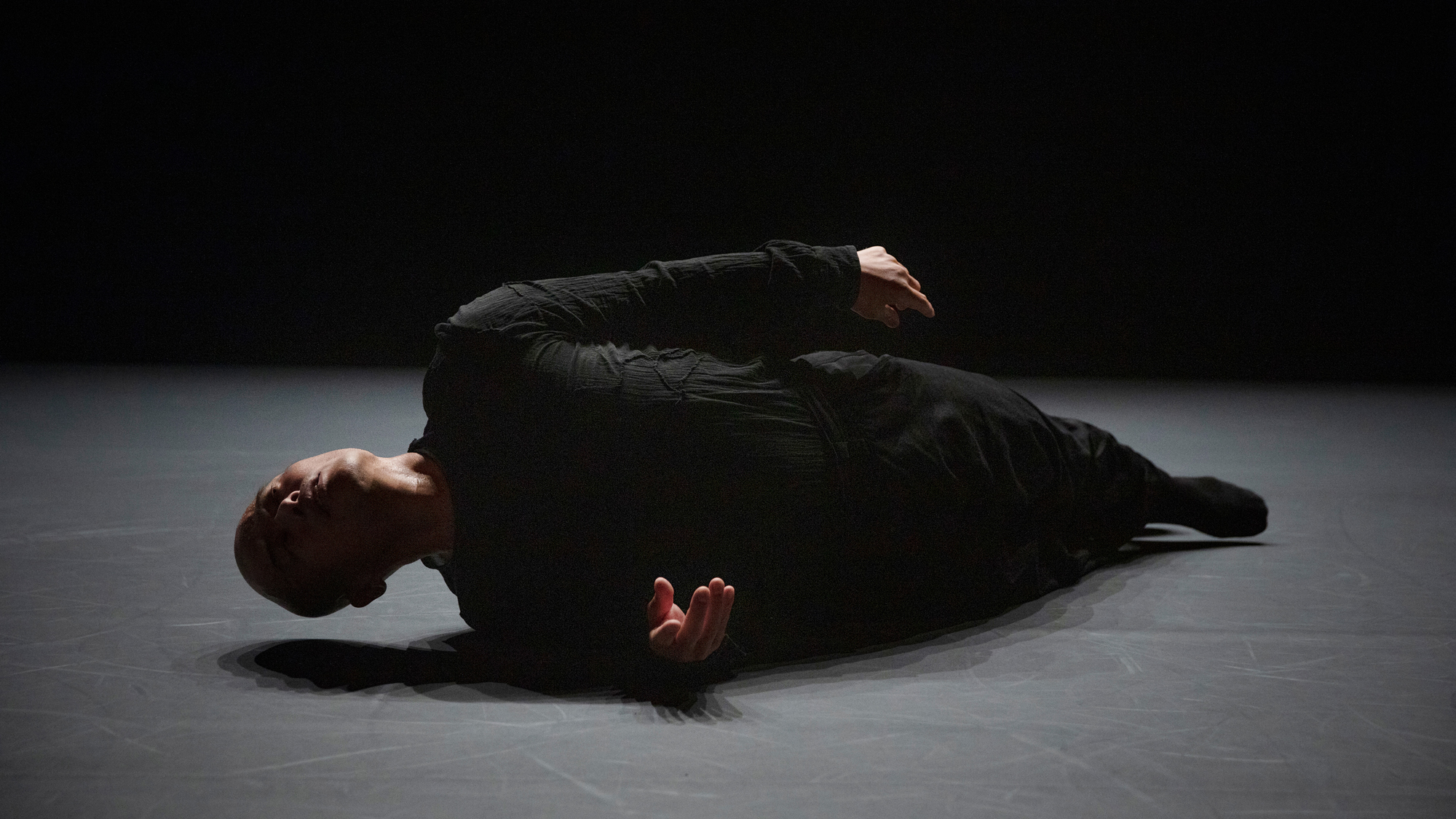